Welcome to The George Michael Story ‘FREEDOM’ Tour 2021 – featuring a full live band with video screens supporting the show, including footage of George and interviews with the man himself.

Expect to be taken on a musical journey of George Michael’s biggest hits in this celebration of his life and generosity, as seen on BBC & ITV. 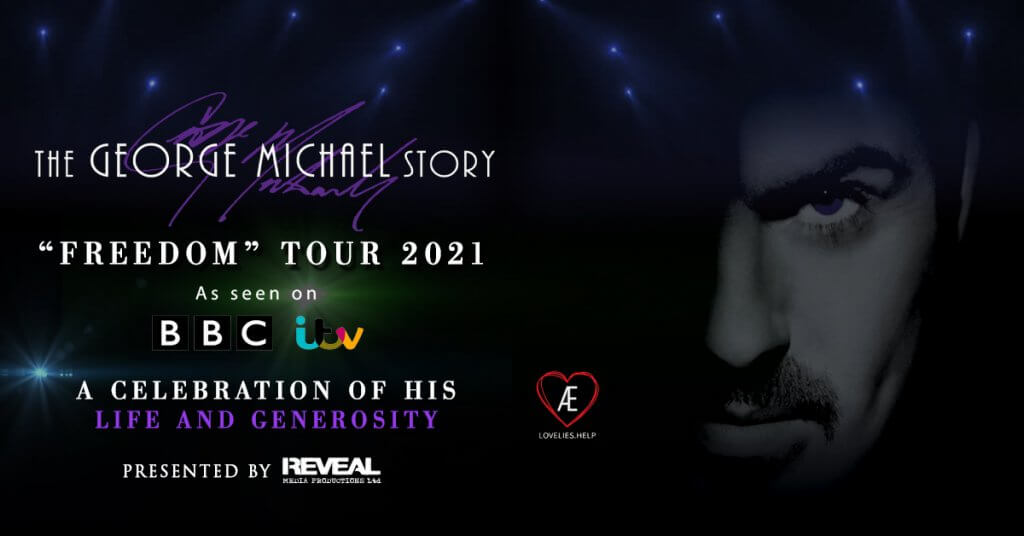 The show starts with George in the Wham! days and then into the Grammy Award winning ‘Faith’ album, through to George’s more mature hits, touching on some of his heartfelt songs.
A fun and emotional night culminating in a finale that is guaranteed to surprise & have the audience singing along!!
Supporting Lovelies.Help – Charity In Memory of George Michael with a percentage of ticket sale & merchandise profits donated to George Michael’s Charities!

You have Successfully Subscribed!