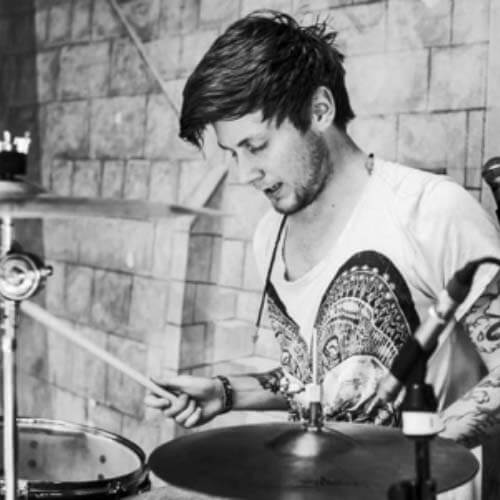 Callum is an energetic, hard-hitting drummer from Lincoln. He has been a drummer since the age of 14. He was introduced to a variety of different rock bands from a very young age including Led Zeppelin, AC/DC and Aerosmith, which has significantly influenced his playing style.

Callum has toured the UK extensively in a number of different bands, most notably in his former Blues Rock band Devlinblue (with fellow TGMS guitarist Sam Varlow). Devlinblue’s career highlight was supporting blues heavyweights King King on a tour of the UK.