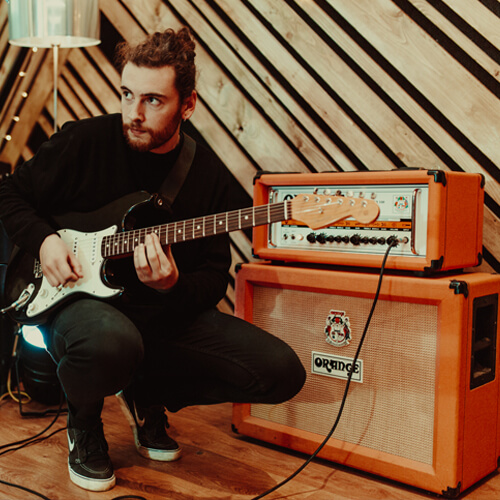 As a professional musician for the past 10 years, Sam Varlow – a guitarist, vocalist, songwriter from the midlands, has toured the UK extensively as both a session musician and a solo artist. During his time studying at ACM he supported award-winning blues rock band King King in the band DEVLINBLUE, and went on to work as a session musician for other artists on the blues circuit. Sam does a lot of studio session work and specialises in writing production music for TV, film and other media; contributing to work released through labels such as Universal, Sony EMI and BMG, with music being featured on BBC, Sky, ITV and many other well known brands. As a composer and multi-instrumentalist himself, Sam has always admired George Michael’s wide range of work.

This website uses cookies to improve your experience while you navigate through the website. Out of these, the cookies that are categorized as necessary are stored on your browser as they are essential for the working of basic functionalities of the website. We also use third-party cookies that help us analyze and understand how you use this website. These cookies will be stored in your browser only with your consent. You also have the option to opt-out of these cookies. But opting out of some of these cookies may affect your browsing experience.
Necessary Always Enabled

Any cookies that may not be particularly necessary for the website to function and is used specifically to collect user personal data via analytics, ads, other embedded contents are termed as non-necessary cookies. It is mandatory to procure user consent prior to running these cookies on your website.

By closing this message, you consent to our cookies on this device in accordance with our cookie policy unless you have disabled them. Find out more.